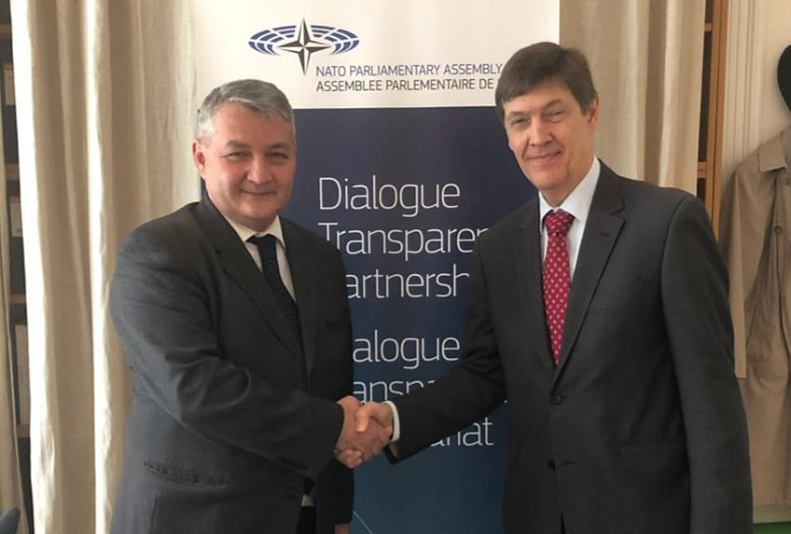 At the headquarters of the NATO Parliamentary Assembly in Brussels, a meeting was held between the Permanent Representative of Uzbekistan to the alliance Dilyor Khakimov and the Secretary General of the organization David Hobbs, the MFA press service reported.

During the conversation, the parties discussed issues of strengthening and expanding relations, in particular the further development of cooperation between the Parliamentary Assembly of the alliance with the Oliy Majlis.

The NATO Secretary General praised the start of the election campaign for the parliament. The progress achieved recently in the republic in implementing important political, legal, and socio-economic reforms was particularly noted.

Touching upon the prospects of cooperation with Uzbekistan, David Hobbs announced the Assembly’s readiness to expand cooperation with Uzbek parliamentarians through the organization of mutual visits, during which it is proposed to exchange views on the most pressing issues of regional and global politics.

Following the meeting, the parties agreed to organize mutual visits of Oliy Majlis representatives and the NATO Parliamentary Assembly in 2020 to discuss promising issues of interaction.