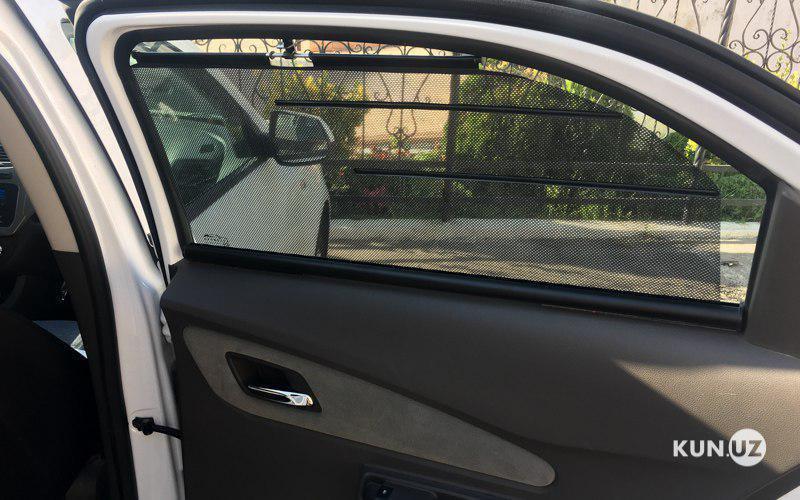 A draft law on amendments to the Code of Administrative Responsibility has been published on the portal for discussing draft normative-legal acts.

According to the bill, the Ministry of Interior intends to ban the use of curtains and other items on the rear side windows of passenger cars.

If the document is approved and enters into force, then for the operation of vehicles with mirror glass that does not comply with the technical regulations, on which additional objects are installed or coated to limit visibility, as well as tinting (dimming) of the rear or front side windows of vehicles without appropriate permission, a driver will have to pay a fine in the amount of 10 base calculating amounts (2.23 million soums), for repeated offenses during the year – 15 BCA (3.345 million soums).

It should be recalled that at present, curtains on the rear windows are allowed on vehicles of category M1, that is, on those that are used for transportation of passengers with, in addition to the driver’s seat, no more than eight seats.

According to Norma, curtains can be installed on the side and rear windows if the vehicle is classified as M3 – vehicles that are used to carry passengers, which, in addition to the driver’s seat, have more than eight seats, the maximum weight of which exceeds 5 tons.

However, a prerequisite in these cases is the presence of exterior mirrors on both sides. Thus, curtains can be installed on the rear windows of cars, and on the side windows they are only allowed, for example, on sightseeing buses.

At the same time, in July, deputies of the Legislative Chamber of Oliy Majlis, on the basis of citizens’ appeals, proposed to allow installation of curtains in the passenger compartment on a free basis. Nevertheless, no result has been achieved.

On August 2, the government of Uzbekistan adopted a decree on reducing the cost of tinting car windows.

The light transmission level was set as follows:

- Front windshield with acceptable tinted tape with a diameter of 14 cm – 100%.

Tinting the rear and frontal (strip 14 cm) window does not require special permission.

Tinting of all side windows of a car:

12:04 / 24.01.2020
Uzbekistan reinforces responsibility for forced labor
Leave a comment.You must register to post a comment!
Authorization with social networks