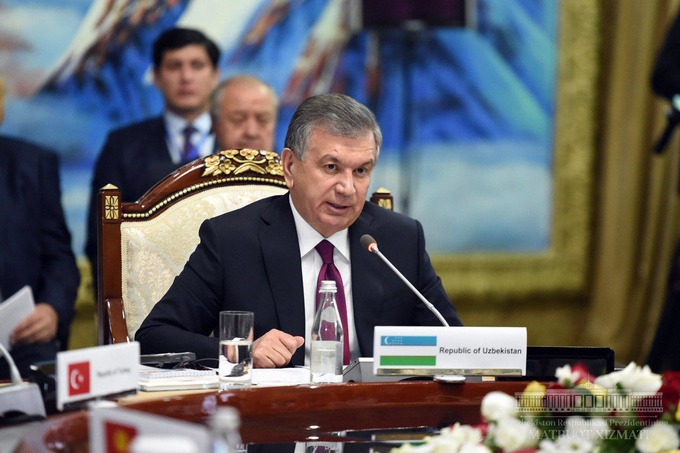 President of Uzbekistan Shavkat Mirziyoyev will visit Azerbaijan in October, where he will take part in the VII summit of the Cooperation Council of Turkic Speaking States (CCTS), the First Deputy Chairman of the Senate of Oliy Majlis Sodik Safoyev noted.

At the same time, Mirziyoyev will visit Azerbaijan for the first time as the head of Uzbekistan.

The VII summit of the Cooperation Council of Turkic Speaking States will be held on October 14-15 in Baku. A business forum will also be organized as part of the summit.

In addition, it is planned that at the summit, creation of the Chamber of Commerce and Industry and the joint investment fund of Turkic-speaking countries will be discussed.

Currently, the CCTS members are Azerbaijan, Kazakhstan, Kyrgyzstan and Turkey. This year Uzbekistan is joining the organization. It should be recalled that on September 14, the President of Uzbekistan Shavkat Mirziyoyev signed a law on ratification of the Nakhichevan Agreement on establishment of the Turkic Council.