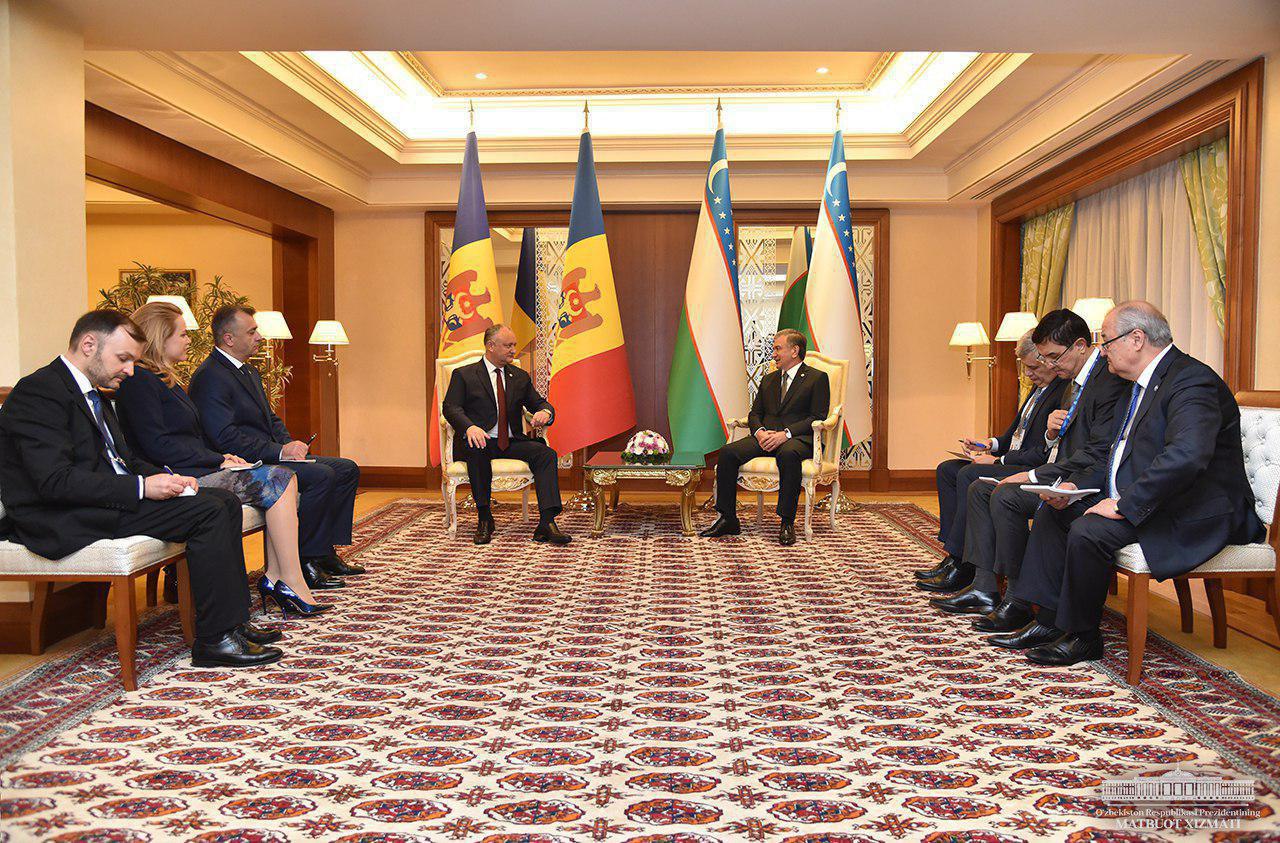 Moldovan President Igor Dodon will visit Uzbekistan in 2020. An agreement on this was reached during his meeting with the President of Uzbekistan Shavkat Mirziyoyev before the start of the CIS summit in Ashgabat, Noi.md reports.

At the meeting, the parties stressed the need to intensify bilateral relations at all levels.

It should be noted that exchange of visits between the heads of states of Uzbekistan and Moldova took place more than 20 years ago, and the last meeting of the intergovernmental commission on trade and economic cooperation was held in 2002.

In continuation of the conversation, the sides confirmed their mutual interest in developing cooperation in the trade and economic sphere, including through the chambers of commerce and industry and the organization of business forums, given that there are 14 enterprises with Moldovan capital in Uzbekistan.

21:58
President of Uzbekistan recognized in Kyrgyzstan as Person of the Year

15:15 / 15.02.2020
NPP construction contract may be signed during Mirziyoyev’s visit to Moscow
Leave a comment.You must register to post a comment!
Authorization with social networks