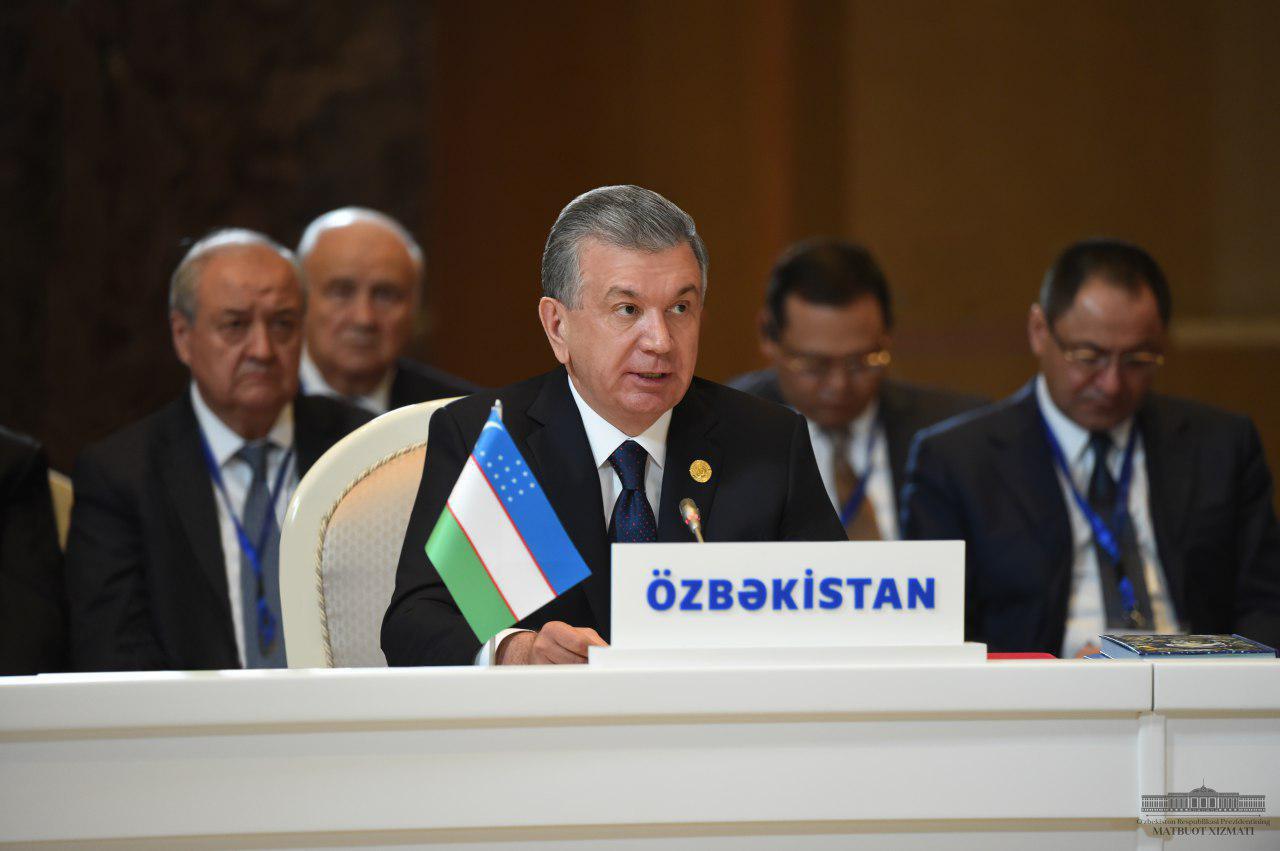 On October 14-15, President of Uzbekistan Shavkat Mirziyoyev attended the 7th Summit of the Turkic Council in Baku. Within the framework of the event, the President addressed the meeting attendees and expressed gratitude to member states for accepting Uzbekistan’s request to join the organization. Hürriyet Daily News provided the text of President Shavkat Mirziyoyev’s speech.

“It gives me a great pleasure to congratulate the participants of the 7th Summit of the Turkic Council, the public of the Turkic world with the significant date - the 10th anniversary of adoption of the Nakhchivan Agreement on the Establishment of the Cooperation Council of Turkic-Speaking States. 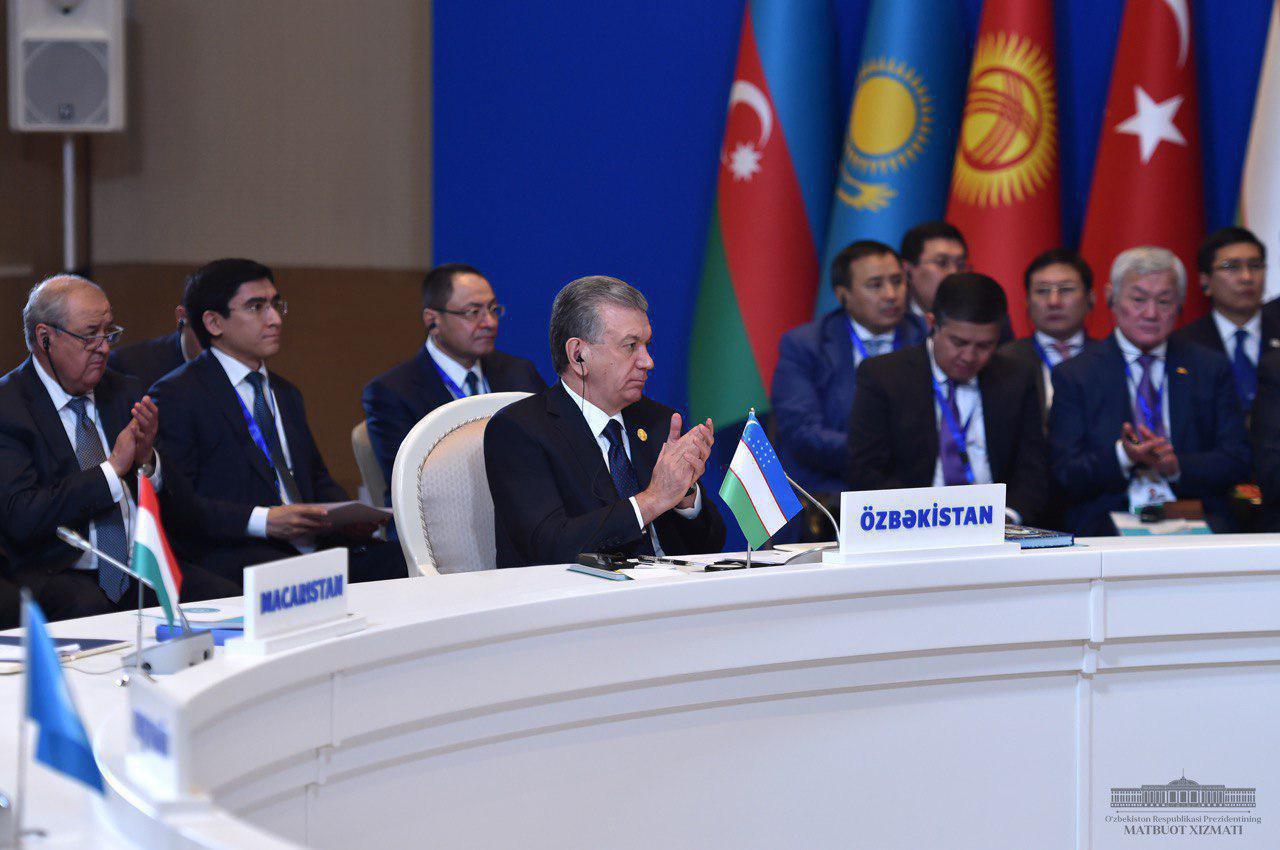 The signing of this important document has marked the beginning of a new stage in fruitful partnership of Turkic-speaking countries which is based on inextricable historical ties, commonality of language, culture and spiritual values.

Today, the Turkic Council is a prestigious international platform for enhancing and deepening dialogue and cooperation among member countries, effective promotion their interests on the international arena.

The Republic of Uzbekistan as an integral part of the large Turkic family attaches great importance to the development of relations with Turkic-speaking countries. Back in the early years of its independence Uzbekistan has brought forward the initiative “Turkestan - our common home”, which had been supported by the Turkic-speaking community. Our country took an active part in the first summits of heads of Turkic-speaking state. The historical 4th meeting of leaders took place on 21 October 1996 in Tashkent.

It became an important milestone in the development of cooperation of Turkic-speaking states and to some extent laid the foundation for the creation of the contemporary Turkic Council. By signing the Tashkent Declaration then, the heads of state emphasized the need for regular mutual consultations and agreed to establish the Secretariat for the heads of Turkic-speaking state meetings. 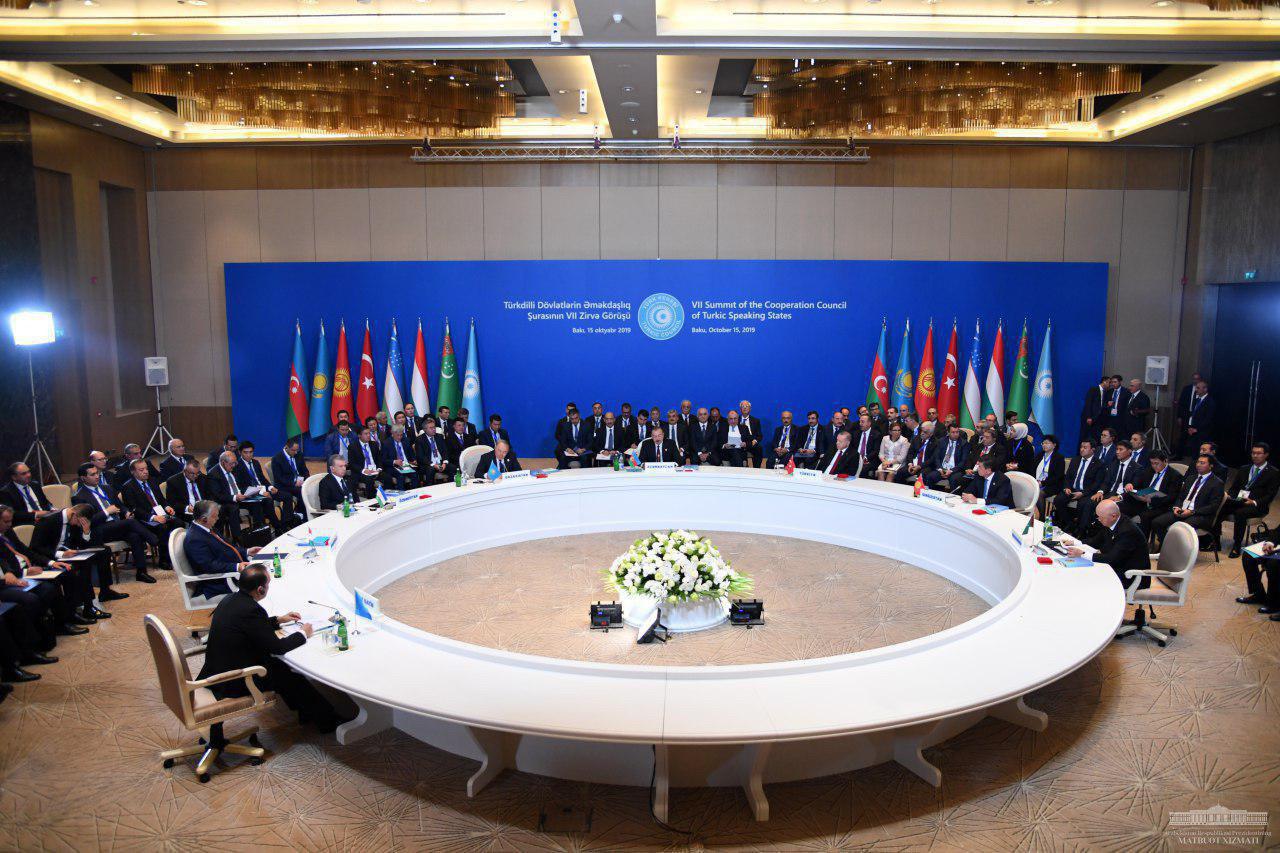 This year, Uzbekistan officially addressed the Cooperation Council of Turkic-speaking states with the statement on accession to the Nakhchivan agreement. This request was warmly accepted by Organization’s all member states, for which we express them our deep appreciation. In the shortest possible time - literally within one working day we had received a positive response.

On 14 September 2019, the Decree of the President of Uzbekistan on acceding the Nakhchivan agreement was signed. On the same day, a law on its ratification was adopted, the Ministry of Foreign Affairs sent to the Secretariat and the depository of the Council the Instrument on the accession of Uzbekistan to the Nakhchivan Agreement.

I am convinced that the accession of our country to the Turkic Council will facilitate strengthening of the Turkic world integration and open up new opportunities for cooperation, especially now when the Turkic Council is aiming to foster the economic interaction amongst member countries. 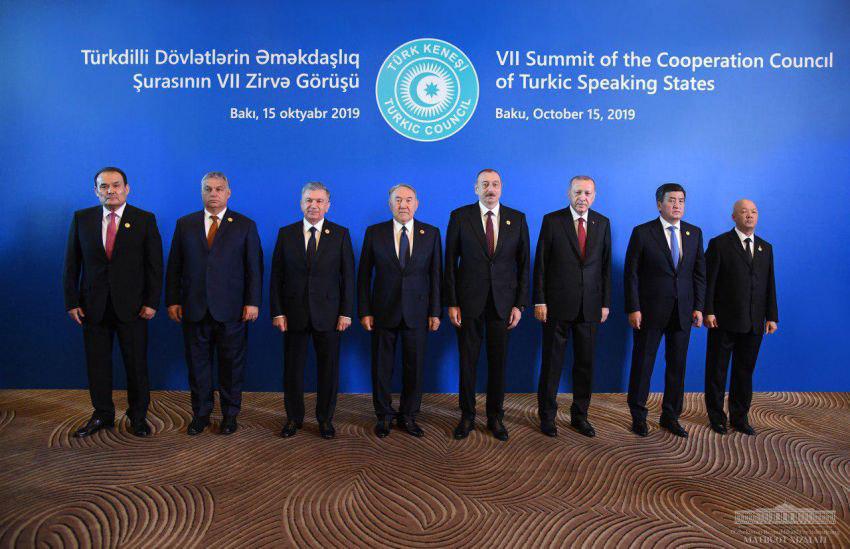 The Republic of Uzbekistan has gained a solid experience of mutually beneficial partnership with Council’s all member states in many areas, both bilaterally and within a number of international organizations.

Positive trends in interstate relations in the sub-region of the Turkic Council open up for us new prospects for enhancing cooperation further both within the Turkic Council and in relations with international institutions and mechanisms, such as the United Nations, OSCE, OIC, ECO, “The Heart of Asia - Istanbul Process for Afghanistan”.