On October 18, within the framework of his visit to the Surkhandarya region, President Shavkat Mirziyoyev analyzed the current state of the region’s economy and identified important areas for its further development, the presidential press service reported. 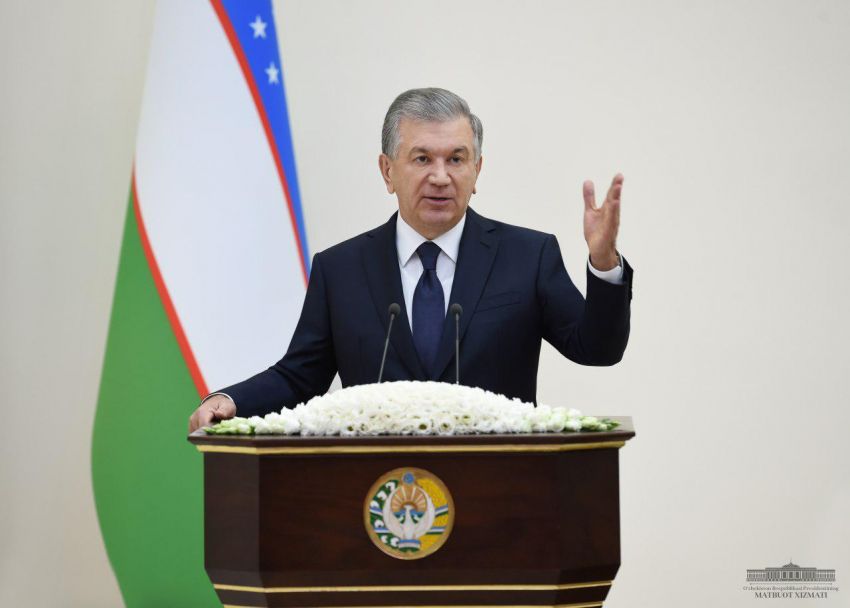 It was noted that in addition to the ongoing investment projects developed for the region, new ones have been worked out for more than 13 trillion soums. They are scheduled for implementation in the next two years.

Over the past nine months, the region’s enterprises exported goods worth $125 million, the forecast is executed at 104%. For further increasing exports, it was entrusted to create a free economic zone in the territory of Termez Cargo Center. This will allow to establish a visa-free stay in the zone, as well as carrying out customs clearance, issuance of a quarantine permission and other services for the export, import and transit of goods on a one-stop basis.

The need for continuing diversification of agriculture, allocation of 40 thousand hectares of land in Angor, Kyzyryk, Muzrabat, Termez and Sherabad districts of fine-fiber cotton in 2020 was noted.

The president instructed to organize large livestock complexes in clusters on the available free area.

The head of state criticized the fact that there is no single enterprise for processing of furs, when the region produces more than 870 thousand pieces of it.

Uzcharmsanoat Association, the Ministry of Economy and Industry, and the regional khokimiyat were instructed to organize modern leather and shoe enterprises.

11:18 / 19.02.2020
Shavkat Mirziyoyev departs for Turkey
Leave a comment.You must register to post a comment!
Authorization with social networks