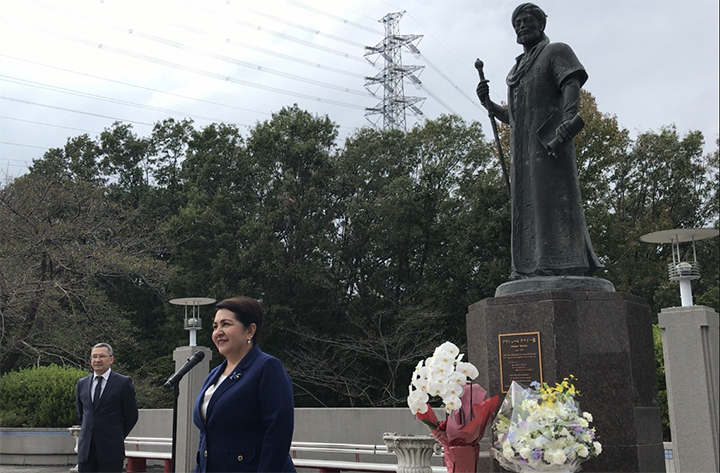 Concluding her official visit to Japan, the Chairperson of the Senate of Oliy Majlis Tanzila Narbayeva visited Soka University and laid flowers at the monument to Alisher Navoi erected on the territory of this educational institution.

As part of this event, negotiations were held with the President of the university Yoshihisa Baba, Chairman of the board of trustees Yasunori Tashiro, as well as scientists and teachers working here.

During the meeting, the prospects for cooperation in the field of education, joint scientific research, the exchange of experience between higher educational institutions of Uzbekistan and Japan were discussed.

Meeting with teachers and students of the University, Tanzila Narbayeva spoke about the life of the great poet and thinker Alisher Navoi. The University students recited verses from the works of the statesman in the Uzbek language.

09:06 / 02.02.2020
Tanzila Narbayeva: It is necessary to create a system for communicating problems of the people to ministries through senators
Leave a comment.You must register to post a comment!
Authorization with social networks