16:51 / 05.01.2020
309
Shavkat Mirziyoyev awarded an international prize for his contribution to the Turkic world revival 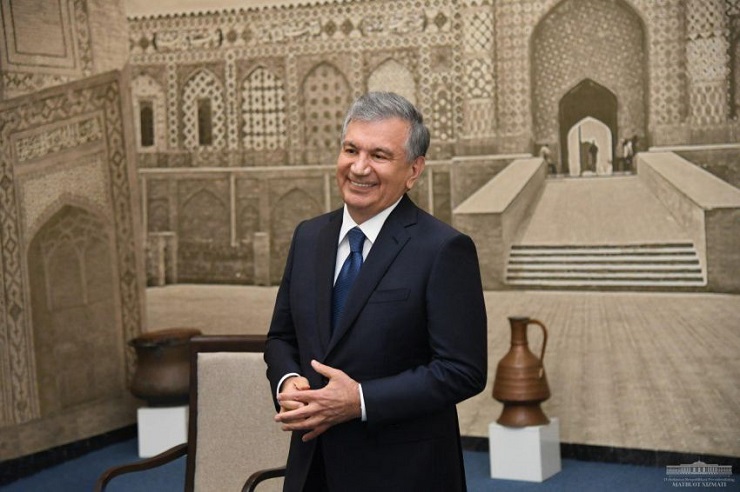 President of Uzbekistan Shavkat Mirziyoyev was awarded the international prize “For Outstanding Contribution to the Revival of the Turkic World”, established by the Foundation for Writers, Intellectuals and Artists of the Turkic World (Türk Dünyası Yazarlar ve Sanatçılar Vakfı – TÜRKSAV).

This was announced during a special press conference of TÜRKSAV, organized in the city of Ankara, Dunyo reports.

The name of a winner was announced by the TÜRKSAV jury collegial committee on the basis of monitoring and studying in 2019 the activities of prominent politicians, economists, representatives of science and art in Turkey and abroad.

TÜRKSAV special symbol awarding ceremony will be held in May 2020 in Ankara in a festive atmosphere with the participation of representatives of the parliament, government, the public, business circles and Turkish artists.

As it was announced at the press conference, the decision to present this prize to the leader of Uzbekistan was unanimously supported by the jury of the Annual Award “for outstanding services and important practical contribution to significantly strengthening the political and economic ties of his country with the outside world, Turkey and the countries of Central Asia, and also for a significant revitalization of interaction in the Cooperation Council of Turkic-speaking states, new initiatives in this organization, including the announcement of the city of Khiva as the “Cultural capital of the Turkic World” in 2020”.