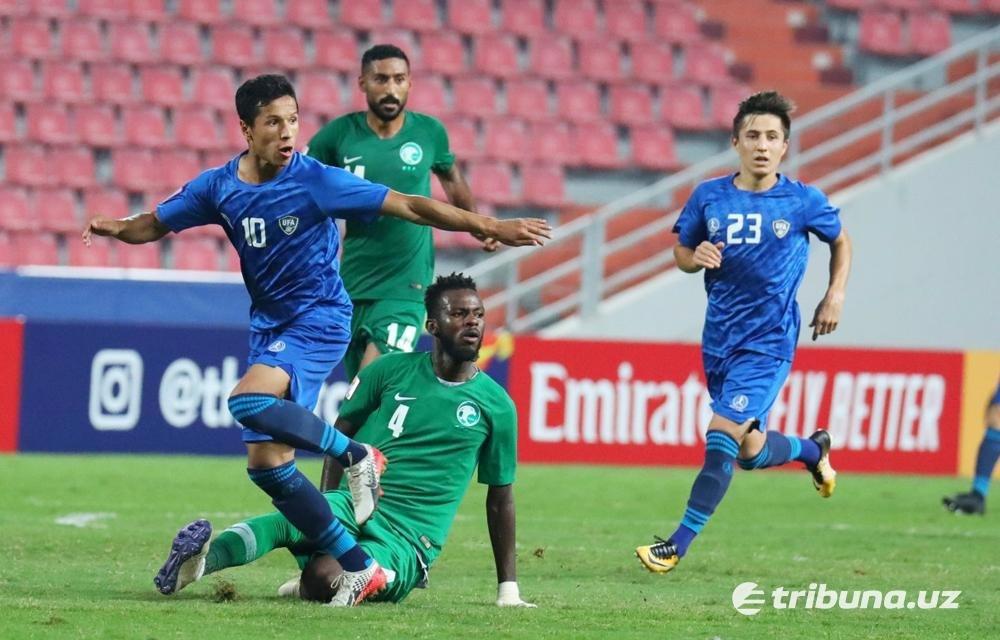 Uzbekistan has been defeated by Saudi Arabia 0-1 in the semi-final of the AFC U23 Championship Thailand 2020.

On a night of high drama at Bangkok’s Rajamangala Stadium, Abdullah Al Hamdan deflected home a late Nasser Al Omran strike to guide Saad Alshehri’s charges through to a title showdown against either Australia or Korea Republic, while also assuring their participation at Tokyo 2020, the AFC press service said.

Despite the defeat, Uzbekistan may yet qualify for the Olympics as they will now feature in Saturday’s play-off between the semi-final losers, the winner of which is guaranteed a ticket to Japan for the global extravaganza.

After a sumptuous display of attacking football in their 5-1 quarter-final win over the United Arab Emirates, Uzbekistan were quickly into their stride once again as they looked the more threatening of the two sides in the opening moments.

Indeed, Bobir Abdikholikov squandered a glorious chance to hand Uzbekistan the lead on 12 minutes when, having been put clear by Sanjar Kodirkulov’s pass, the forward miscued his attempt with only Mohammed Al Yami to beat.

On the stroke of half-time, Saudi Arabia threatened briefly once again, this time Hassan Al Tambakti planting a header from Sami Al Najei’s corner off target to leave the game goalless at the break.

Despite the high stakes, both teams continued to adopt a positive approach after the break, with Saudi midfielder Abdulrahman Ghareeb blazing over when well-placed and Al Yami saving superbly to deny Abdixolikov.

With caution replacing the initial verve, Ali Al Hassan’s drilled effort from distance proved a rare highlight as, with neither nation willing to give an inch, the match moved inextricably moved towards 30 additional minutes.

However, with three minutes remaining, Saudi Arabia sealed the victory, substitute Al Omran unleashing a powerful effort which deflected off Al Hamdan and into the net.