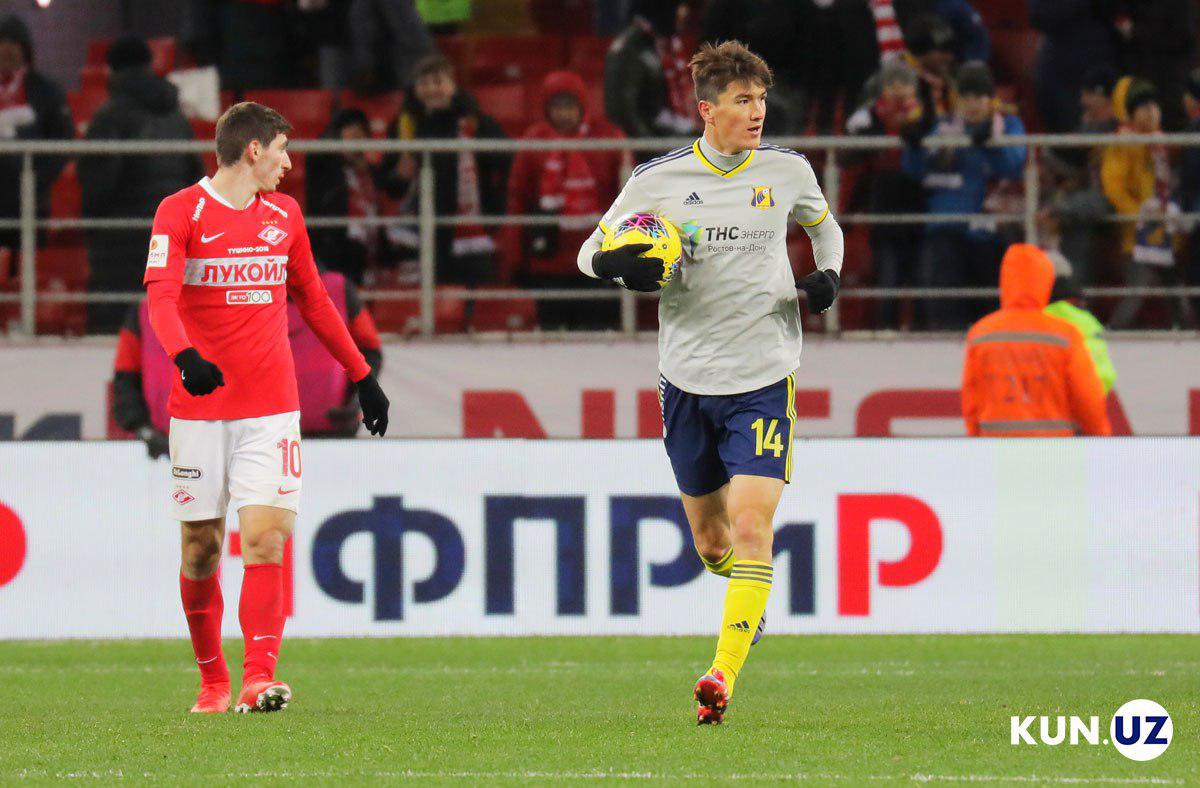 The Russian football club Rostov announced the extension of contract with the forward of the Uzbekistan national team Eldor Shomurodov. Similar contracts were signed with Matthias Norman and Danil Glebov.

Norman, 23, a Norwegian midfielder, scored 1 goal and provided 3 assists in 17 games this season.

Also, this season 20-year-old Glebov played in 13 matches, not being noted for productive actions.

20:39 / 24.12.2019
Eldor Shomurodov recognized as best player of the year in Uzbekistan
Leave a comment.You must register to post a comment!
Authorization with social networks