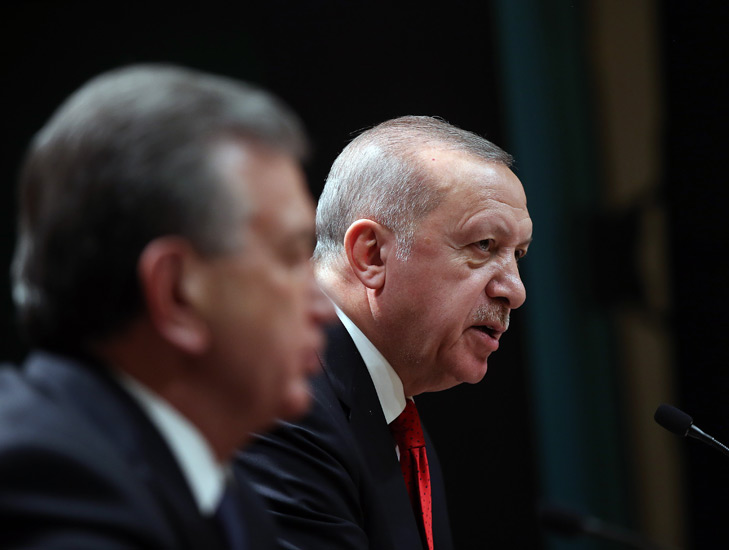 Photo: Presidency of the Republic of Turkey

“We have exceeded $1 billion in both exports and imports for the first time in our bilateral trade, but there is still a long way to go. Mr. President and I aim to increase our bilateral trade volume to $5 billion,” Erdoğan said.

According to the presidential press service of Turkey, the Turkish side defines its relations with Uzbekistan as a strategic partnership based on strong brotherly ties of shared history, language and culture.

“With its young and dynamic population of nearly 34 million, its natural resources, industrial potential and robust agricultural production, Uzbekistan is taking firm steps towards becoming a center of attraction in its region,” the Turkish President added.

Praising the reform process under the leadership of President Mirziyoyev, Recep Tayyip Erdoğan noted that Turkey stands ready to provide all kinds of support for Uzbekistan’s success.

“Our bilateral trade volume with Uzbekistan has risen by 27 percent in 2019 in comparison to the previous year. It surely is a significant achievement that our bilateral trade volume has reached $2.2 billion. We have exchanged views on how to further improve our military relations and our cooperation in transportation, energy, healthcare, tourism, education and defense industry,” President Erdoğan said.