The next structural changes in the Cabinet of Ministers were carried out in accordance with the presidential decree of February 24, 2020.

It should be recalled that the last time the executive structure of the government changed a month ago in connection with the approval of its new composition.

According to Norma, the current adjustments are also related to staffing decisions and are aimed at deepening economic reforms, increasing the welfare of the population, reducing poverty and effectively implementing other tasks assigned to the Cabinet of Ministers.

The essence of the changes is as follows (the table is presented in the Russian language): 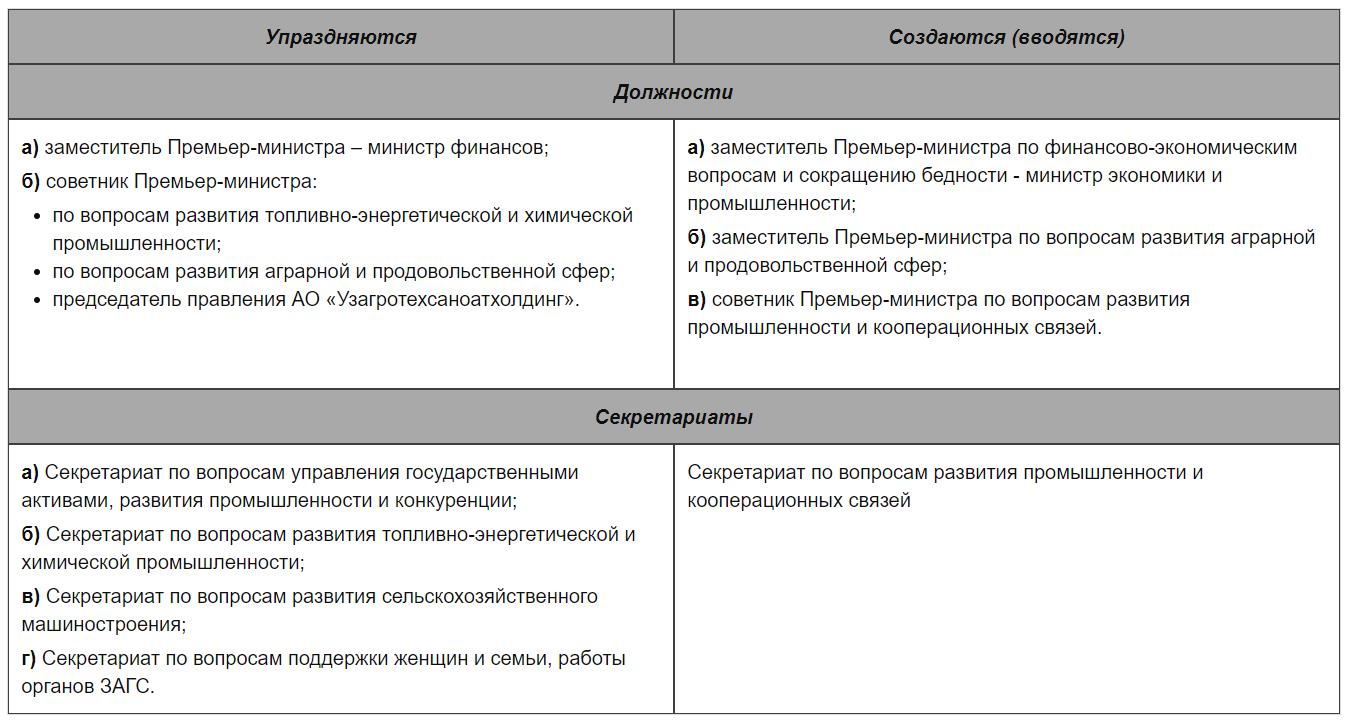 Two more Secretariats are being transformed:

At the same time, all new units are being created within the framework of the current total maximum number of managerial personnel – 241 full-time units.

As it can be seen from the table, while raising the status of the Minister of Economy and Industry, it is entrusted with additional tasks. Namely:

- study of the real state of poverty in the country, the development of medium-term and long-term strategies and programs for eliminating poverty, as well as ensuring their implementation together with international organizations, including financial institutions;

- implementation of a set of measures for the formation of the population, especially youth and women, of modern business and entrepreneurship skills, the reform of the training system for professions and retraining of the unemployed.

This accordingly affected the structure of the administration of khokimiyats:

13:06 / 01.10.2019
Law defining the CabMin’s activities and powers adopted
Leave a comment.You must register to post a comment!
Authorization with social networks