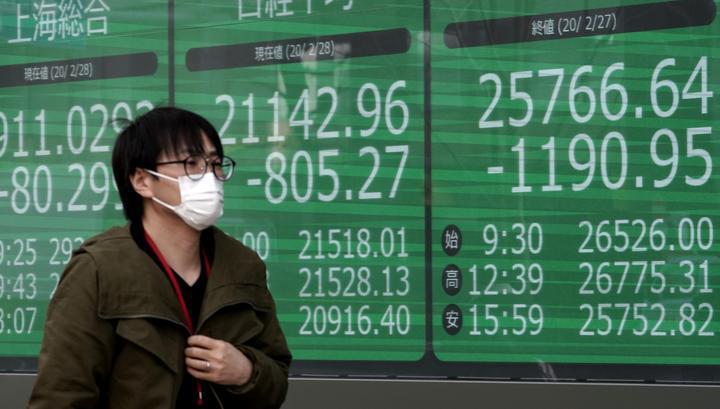 In a short time, it is advisable to identify the formed “niches” in the product markets that domestic producers may occupy. Relevant structures should make efforts to create fair competition for all business entities and provide them with the necessary support.

An expert Sergey Voronin shares his opinions on this matter.

At the end of 2019, China’s share in the volume of foreign trade of the Central Asian countries, including Uzbekistan, amounted to 14.1% in exports and 21% in imports. China is the largest supplier of components for the industrial sectors, machinery and technological equipment, chemical products and consumer goods.

At the same time, a decline in the Chinese demand and a subsequent drop in prices for goods, including oil and gas products, could harm the economy of the huge region. Exports from Uzbekistan to China have already declined.

Restrictions on transport communication may have a significant negative impact on the volume of trade between countries.

Considering that China is a supplier of a significant part of consumer goods and components, restricting transport links and reorienting to other suppliers will increase the costs of local manufacturers and increase prices in the local market (electronics and clothing).

An outbreak of the coronavirus and associated travel restrictions may affect the developing tourism sector. According to the State Statistics Committee, in 2019 the largest number of tourists from non-CIS countries came to Uzbekistan from China - 61.9 thousand people.

According to a business-analyst of Leverage LLC Isfandiyor Akhmedov, in general, economic costs are now difficult to measure because the situation is constantly changing. And of course, the consequences will depend on the duration and effectiveness of measures taken to prevent the spread of the disease.

Central Asian countries remain the only major spot on the world map, where coronavirus infection has not yet been registered (there are no officially confirmed cases among citizens). At the same time, the growth rate of the infected in China is declining, and in a number of countries around the world, on the contrary, they have increased.

According to experts, the physical appearance of the virus in the Central Asian region is probably to be expected. But the economic impact of coronavirus on Central Asia maybe even longer and more significant.

According to Bugaenko, consumer inflation in China, in January 2020, was already above expectations. The rise in the price of goods in the Chinese market can fuel food inflation. This is not good news for the population of Central Asia, considering that the demand of the population has already been weak, and incomes have not increased much since the last devaluation.

Gas supplies from Kazakhstan and Uzbekistan to China have already decreased by 20%. This has a direct impact on the economies of energy exporting countries such as Kazakhstan and Turkmenistan, as well as indirect influence on others - Kyrgyzstan, Tajikistan and Uzbekistan, due to the influx of negative impact from Russia, which will also suffer from lower oil prices.

In addition, due to the coronavirus, Uzbekistan may lose some of the Chinese tourists. In 2019, 61.9 thousand Chinese citizens visited the republic.

In connection with the epidemic, the Chinese authorities banned local tour operators and travel agents from selling tours abroad, and the State Tourism Committee recommended that domestic companies suspend the sale of tours to China. The loss of Chinese tourists can negatively affect the income of hotels, restaurants, cafés, guides, airlines, transport companies on domestic routes, and handicrafts.

Uzbekistan mainly buys machinery and equipment from China ($3.2 billion in 2019). This is more than half of all imports from this country.

In 2019, China took first place in the number of created new companies in Uzbekistan. Last year, 531 companies with Chinese capital appeared, and in total, there are 1,652 such companies in the country.

The crisis situation in China in the near future will have a negative impact on the development of the world economy, the countries of Central Asia, including Uzbekistan. This is due to the suspension of activities of a number of industries, the damage of well-established economic relations of domestic enterprises with partners from China and other countries in which the epidemic is growing.

In this regard, it is advisable for Central Asian countries to think about the alternative development of globalization and focus more on opportunities within the region, gradually reducing one-sided dependence on China and look for ways to diversify foreign economic relations.

Due to several negative factors in 2020, significant risks are expected in ensuring the revenue of the State budget and the formation of state trust funds. Budget revenues may decrease due to a reduction in the amount of VAT, the excise tax on imports, and customs duties on imported products (equipment, components, finished consumer products) from China and other countries in which the pandemic is increasing.

In addition, there may be losses in taxes and fees, which may occur as a result of a drop in production and the suspension of large domestic enterprises that received raw materials and components from China and other countries with an increasing pandemic.

In this regard, in the near future, it is necessary to analyze the current situation and make proposals to improve the conditions for enterprises that are the largest taxpayers.

All major taxpayers should send updated forecasts on tax payments and fees for the months until the end of 2020 to the Ministry of Finance, State Tax Committee and the Ministry of Economy and Industry. At the same time, they should indicate what kind of assistance they need from the state to maintain this forecast.

In this regard, the deadline for submitting proposals to the draft presidential decree “On additional measures to reduce the state’s share in the economy”, introduced for public discussion and of crucial importance for the country, should be postponed from March 12 to July 1, 2020. By this time, the situation and the results of taking measures with the spread of coronavirus will already be known.

Effective measures need to be developed and taken in a timely manner to prevent the spread of this coronavirus and other dangerous infections and diseases.

It is also advisable to develop a set of measures aimed at providing all kinds of support to the economy and people of friendly China, taking into account the available resources and opportunities.

Implementation of the above and other necessary measures will significantly reduce the risks that arose with the spread of the coronavirus epidemic, ensure high rates of economic growth.

Achieving these results is possible only in conditions of increasing the efficiency of state regulation of the economy and a reasonable attitude to integration processes.

15:56 / 03.04.2020
Environmentalists calculate how much transport restrictions will reduce air pollution in Tashkent
Leave a comment.You must register to post a comment!
Authorization with social networks