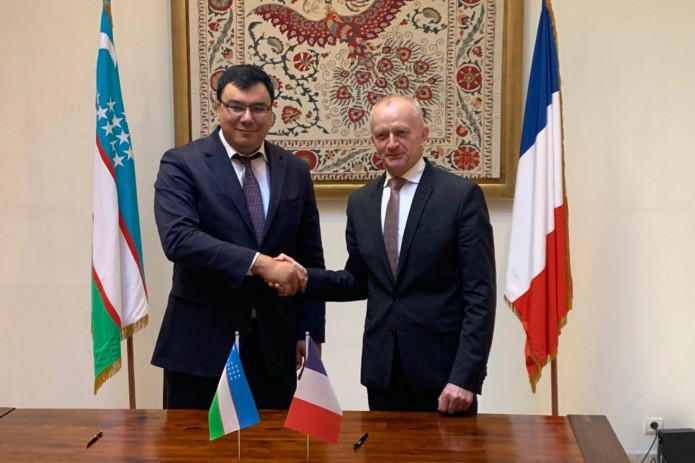 On December 13, Deputy Prime Minister of the Republic of Uzbekistan Aziz Abdukhakimov met with President of the University of Strasbourg Michel Deneken to discuss the implementation of joint projects in higher education, strengthen inter-university cooperation and possibility of opening a joint faculty/branch of the French university in Uzbekistan.

The University of Strasbourg is a leading public institution of higher education in France, established in 1538. In 2017, this educational institution took the 4th place in the ranking of universities in France. The university has 18 Nobel Prize winners in various fields among its alumni, 4 of them teach at the same educational institution. Chemistry, physics, medicine, engineering, technology, linguistics and theology (26 foreign languages are taught) are considered to be traditionally strong areas of the university.

Mr. Deneken got thoroughly acquainted with the favorable conditions created in Uzbekistan for foreign universities opened their branches in Uzbekistan and expressed an interest in institutionalizing cooperation with the University of Strasbourg.

The rector of the University of Strasbourg noted that the positive reforms in higher education in Uzbekistan under the leadership of the president deserve high appreciation. He put emphasis on the university’s readiness to sign a co-op Agreement which envisages implementation of joint educational projects, exchange of students and teaching staff, as well as creation of a joint faculty/branch of this university in Uzbekistan.

According to the president of the French University, the inter-university project should be unique and original. Uzbekistan has great potential in such areas as chemistry, technology, medicine, theology, philology and etc.

In order to study the possibilities and conduct substantive negotiations with the Uzbek side, it was proposed to arrange a visit of the French delegation to Uzbekistan in the near future.

At the end of the meeting, signing ceremony of the Joint Communiqué on cooperation with the University of Strasbourg was held.