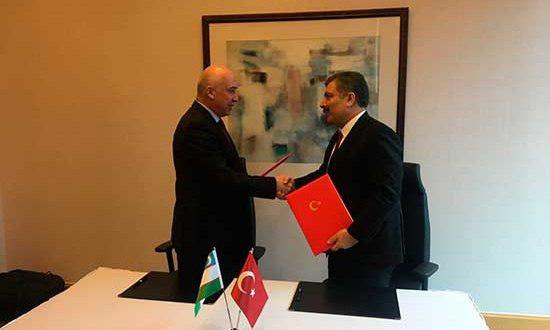 According to the press service of the Uzbek Ministry of Health, Tashkent will host Uzbekistan – Turkey Medical Forum.

On February 12-14, a ministerial meeting of the WHO Regional Office for Europe, dedicated to protecting people from health emergencies, was held in Istanbul. The delegation of Uzbekistan led by the Minister of Health Alisher Shadmonov took part in it.

Within the framework of the event, Shadmanov met with ministers of health of Armenia, Georgia and Turkmenistan to discuss prospects for further development of mutual relations.

At a meeting with the Minister of Health of Turkey Fahrettin Koca, Shadmanov signed a roadmap aimed at further expanding joint cooperation. The sides also reached an agreement on holding Uzbekistan – Turkey Medical Forum in Tashkent.

Furthermore, such important issues as creation of modern medical clinics not only in Tashkent, but also in the regions of Uzbekistan, joint organization of advanced training of specialists, establishment of vaccine production in the republic were also considered.

12:00 / 17.02.2020
Uzbekistan presents its experience in Vienna on returning women and children from armed conflict zones
Top