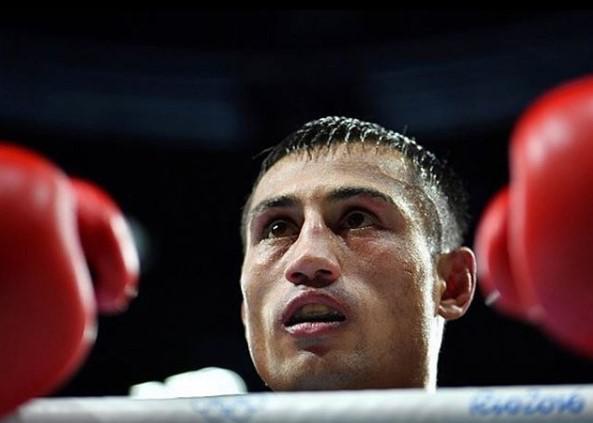 Fazliddin Gaibnazarov’s first 10-round fight didn’t at all go as expected, boxingscene reported.

The two-time Olympian from Uzbekistan—who claimed Olympic Gold in 2016—suffered the first defeat of his pro career, dropping a 10-round decision to rail-thin super lightweight Mykal Fox. Scores were 96-92 (twice) and 95-93 in favor of Fox in their ESPN+-streamed battle Saturday evening at Tucson Convention Center in Tucson, Ariz.

Gaibnazarov (7-1, 4KOs) was issued a point deduction in rounds six and seven for excessive holding, although even without the infraction was still on course to lose a majority decision.

Fox (20-1, 5KOs) rebounds from the first loss of his career earlier this year, with his massive 9” height advantage properly utilized in minimizing Gaibnazarov’s punching power.

The early rounds indicated the bout playing according to chalk, with Gaibnazarov making it in an inside battle in a pairing of southpaw boxers. The previously unbeaten prospect—who’d fought exclusively in eight-round affairs since turning pro in 2017—was effective at close range, particularly with his left uppercut.

Fox has never been down as a pro, but came dangerously close in round two. A combination had the 6’3½” boxer—whose brother Alantez Fox is a 6’5” middleweight—briefly wobbled, but managed to survive the round and regain his bearings altogether.

It proved disastrous for his heavily favored foe. Gaibnazarov grew increasingly frustrated in passing rounds, though mostly in dealing with referee Tony Zaino whom frequently warned the stocky southpaw for holding before taking points in back-to-back rounds.

As the infractions clearly impacted Gaibnazarov, Fox’s confidence rapidly soared. His strong showing down the stretch helped preserve the upset win, bouncing back strong from a points loss to another Uzbek boxer in unbeaten Shohjahon Ergashev this past February.