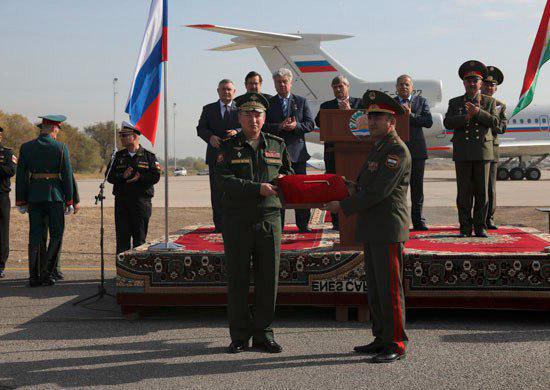 On October 29, Russia handed over a batch of military equipment and weapons to the Tajik army. The value of the transferred equipment amounts to $5 million, news.ru writes with reference to the press office of Russia’s Central Military District.

“Today, the next batch of the military equipment which includes a radar station that provides detection, tracking and control of the use of national airspace, BRDM-2M armored reconnaissance and patrol vehicles upgraded to the modern level of its class are presented at the Gissar Air Base,” stated Colonel-General Alexander Lapin at a ceremony in Dushanbe following the military drills of the Collective Security Treaty Organization (CSTO) countries.

“This is proven and reliable military hardware capable of accomplishing a wide range of missions in modern warfare. The delivered armament will boost the combat potential of the Armed Forces of Tajikistan and contribute to maintaining peace and strengthening security in the region,” the Russian general said.

Alexander Lapin added that Russia sees Tajikistan as a key ally in the Central Asian region.

17:26 / 21.03.2020
Russia supplies Uzbekistan with test systems for detecting COVID-19
Leave a comment.You must register to post a comment!
Authorization with social networks