Khokim of the Bukhara region Uktam Barnoyev may be appointed Deputy Prime Minister on the issues of developing the agriculture and food sector. 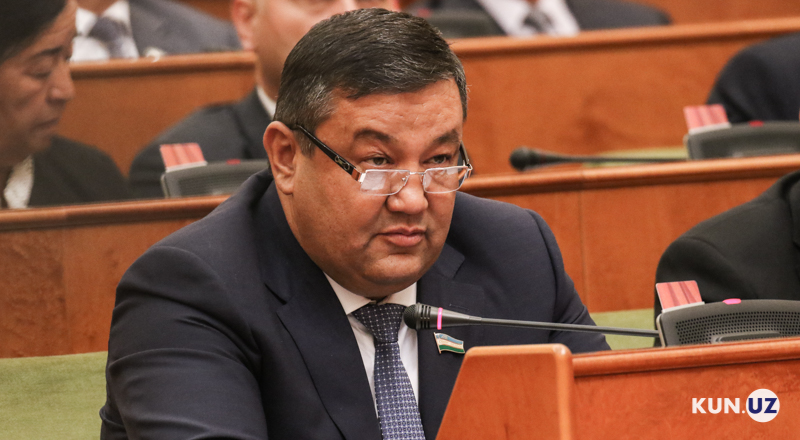 According to the deputy of the Legislative Chamber of Oliy Majlis Rasul Kusherbayev, today, February 27, at the recommendation of Abdulla Aripov, deputies considered and approved the candidacy of Uktam Barnoyev for the post of Deputy Prime Minister for development of agricultural and food sectors.

“The candidacy was supported by the UzLiDeP fraction. Then the candidacy was considered and approved at the plenary session of the Legislative Chamber of Oliy Majlis,” the deputy said.

It should be recalled that recently the government’s executive structure has changed again. According to the changes, the post of Deputy Prime Minister for development of the agrarian and food sectors has appeared in the government system.

For information, Uktam Barnoyev was appointed khokim of the Bukhara region in December 2016.

20:26 / 26.02.2020
President of Tatarstan proposes launching a direct flight between Kazan and Bukhara

21:20 / 10.05.2019
Khokim of Bukhara region sings “Katyusha” (video)
Leave a comment.You must register to post a comment!
Authorization with social networks