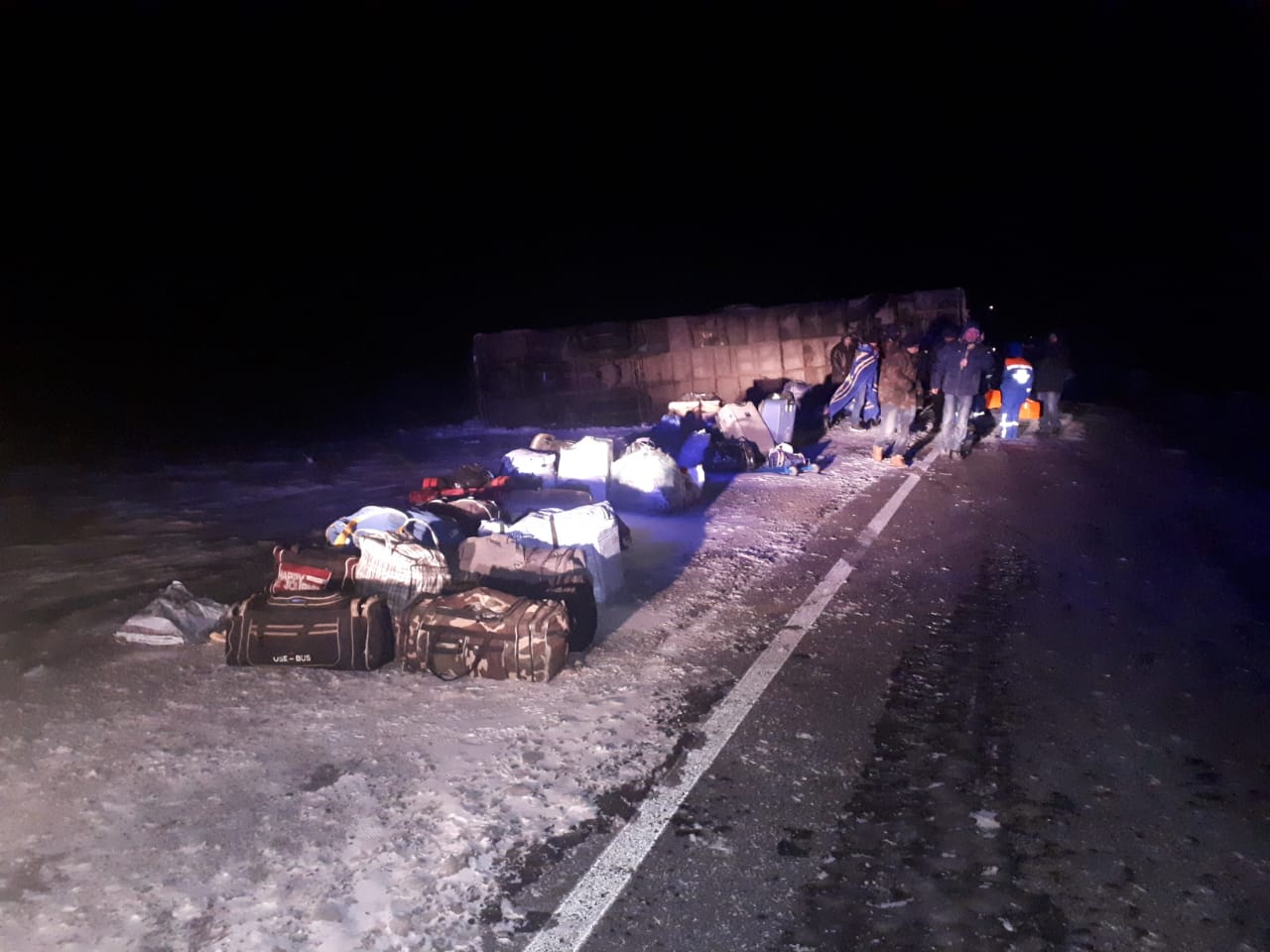 A bus with 26 citizens of Uzbekistan rolled over on the Kyzylorda-Pavlodar highway in the Pavlodar region of Kazakhstan, KazTAG reports.

“The accident occurred on March 6 at 00.15 in the Ekibastuz rural zone at 1,160 km of the Kyzylorda-Pavlodar highway. The passenger bus traveled along the route Novosibirsk - Tashkent. The bus driver, unable to cope with the steering, made a rollover. There were 28 people in the bus, of which two drivers were citizens of Kazakhstan and 26 passengers were citizens of Uzbekistan,” the press service of the Emergency Situations Department (ESD) of the Pavlodar region reported on Friday.

The department noted that all 26 passengers were carried by passing transport and two drivers remained near the bus waiting for ESD workers.

“Doctors, the local police service, and local executive bodies arrived at the scene of accident. Passengers were examined by doctors. They did not need hospitalization. There are no victims,” the regional emergency department added.

21:21 / 31.03.2020
Three citizens of Uzbekistan arrested in Kazakhstan for attempting to enter a quarantined city

14:29 / 19.03.2020
Bus traffic to be reduced in Tashkent
Leave a comment.You must register to post a comment!
Authorization with social networks