A video, which shows a man trying to jump from a power transmission line tower in Tashkent, went viral on social networks recently. 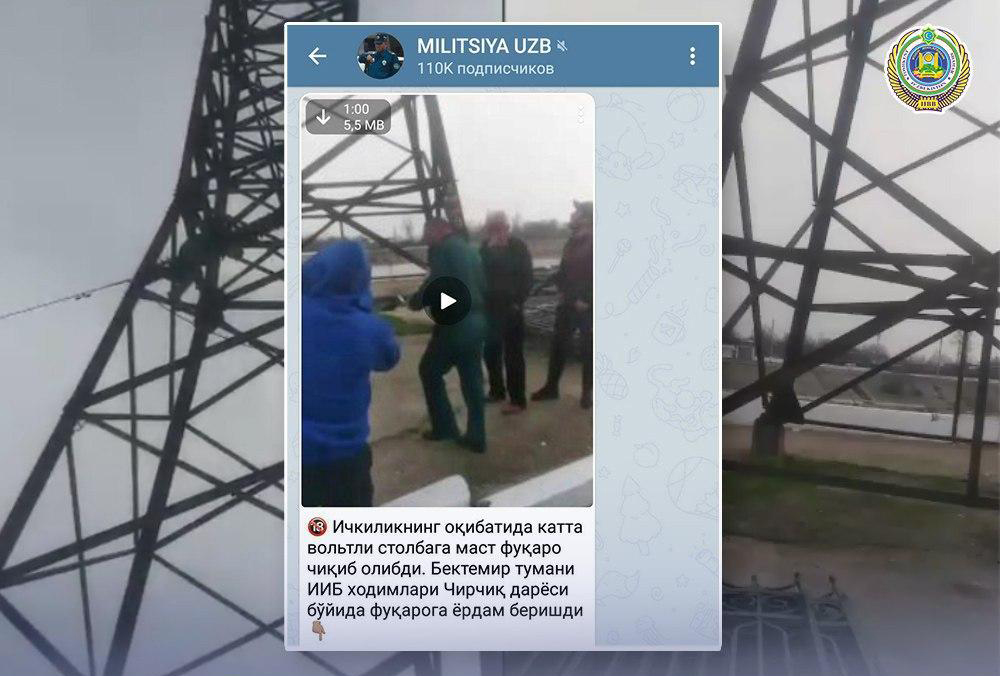 According to the Central Internal Affairs Department, the incident occurred on March 4 at about 5.45 pm at the support post of the high-voltage line located in the Kuylyuk market in Tashkent.

People tried to approach the man and asked him to come down, but in response, he just shouted that he wants to commit suicide. Officers of the Central Internal Affairs Department managed to prevent an accident, which could have been fatal.

The unknown man was 34-year-old D. Doniyorbek, a Fergana region native and previously convicted, who was in a state of extreme intoxication.

Currently, he is in the city clinical psychiatric hospital in Tashkent region, where psychologists are working with him.

21:15 / 25.03.2020
New Deputy Minister of Interior appointed
Leave a comment.You must register to post a comment!
Authorization with social networks