Servicemen of Uzbek and Tajik Special Forces will have a joint anti-terror military exercise this week in Tajikistan.

An active phase of the exercise, involving one company of Uzbek Special Forces and three companies of Tajik Special Forces as well as armored vehicles, artillery and aviation, will take place at the Fakhrobod training ground in the Khatlon province from March 11-14, Asia-Plus writes with reference to an official source at the Ministry of Defense of Tajikistan.

The purpose of the exercise is to practice coordination and interaction in combat missions on destroying terrorist groups at the common state border.

It should be recalled that the first joint exercise of the military personnel of Tajikistan and Uzbekistan was held on September 18-22, 2018, in the Sughd province. After that, the parties conducted another join exercise at the Gurumsarai training ground in Namangan region, Uzbekistan. This five-day exercise lasted for five days in early September last year. 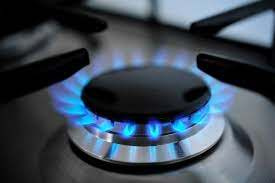 21:14 / 09.10.2020
United States delivers additional equipment and materials to Uzbekistan to fight COVID-19
Leave a comment.You must register to post a comment!
Authorization with social networks