In Tashkent, another street has been closed for traffic in the direction of the three-level bridge, which is under construction.

“In order to ensure the safety of the work carried out during the construction of a three-level bridge at the intersection of Parkent, Makhtumkuli and Temur Malik streets, from March 6 to 17, the part of Temur Malik Street from Durmon Yuli Street to the intersection of Makhtumkuli and Parkent Streets will be closed for traffic,” press service of the Tashkent city administration reported.

In addition, the entrance to the intersection of the new bridge, which is being built along the Tuzel block, will be temporarily closed.

“During this period of time, vehicles moving along this route can travel through bypass routes,” the khokimiyat noted. 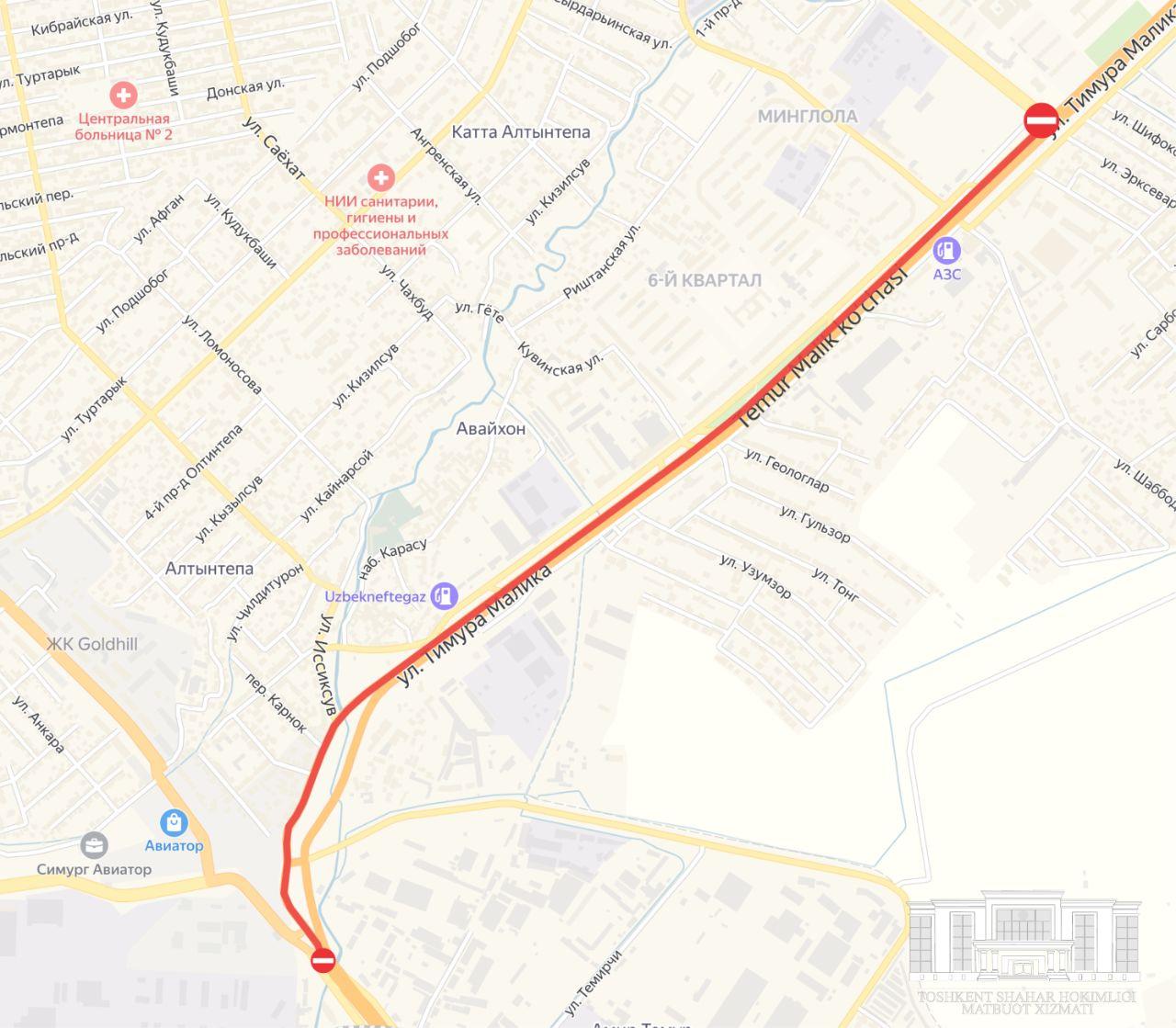 19:26 / 30.03.2020
MIA warns drivers about liability for violating restrictions on the use of cars without special permission during the quarantine period

11:41 / 30.03.2020
Tashkent city administration says there will be no food shortage
Leave a comment.You must register to post a comment!
Authorization with social networks